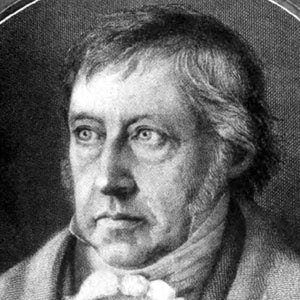 Comprehensive ideas on history and reality influenced many thinkers of his time and after.

He studied theology near his hometown of Stuttgart, where he formed a friendship with other prominent future thinkers.

His view of history was adapted by Karl Marx as the basis for his new Communist political system.

His grandfather was a lawyer at the High Court of Justice at the Württemberg court, which may have inspired his philosophical pursuits.

Georg Wilhelm Friedrich Hegel Is A Member Of