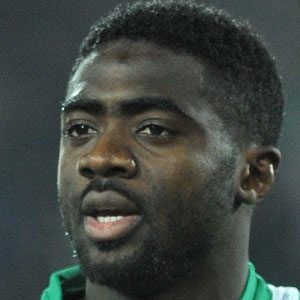 Defender who joined Liverpool in 2013 after previously playing for Manchester City and Arsenal. He became a member of the Ivory Coast national team in 2000.

After several years with his local side ASEC Mimosas, he transferred to Arsenal for £150,000 in 2002.

He won the FA Community Shield award twice with Arsenal from 2002 to 2009. He signed with Celtic of the Scottish Premiership in 2016.

He was joined by Gervinho on the Ivory Coast national team in 2009.

Kolo Touré Is A Member Of