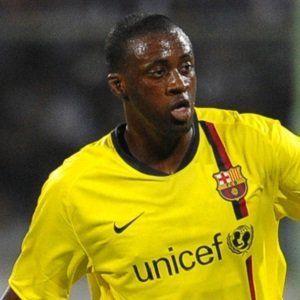 Midfielder who joined Manchester City in 2010 after spending three seasons with FC Barcelona. He became a member of the Ivory Coast national team in 2004 and won his third consecutive African Footballer of the Year award in 2013.

He began his youth soccer career with ASEC Mimosas in 1996 at age thirteen.

His brother Kolo Toure was his teammate on Manchester City.

Yaya Touré Is A Member Of