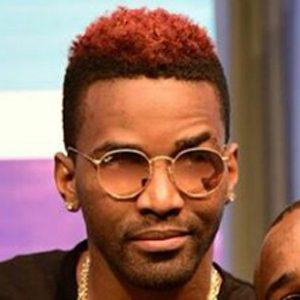 Jamaican dancehall artist well known for his singles, such as "Winner," "Rasta Impostor," and "This Means Money." He also has albums Real Talk and Mental Maintenance.

His career began to take off with his 2005 single "Pon Di Corner" which was a smash hit in Japan. It resulted in him going on a month-long tour of Japan and a Japan-only released album called Real Talk.

He became a brand ambassador for Pepsi in March of 2014.

He was born Garfield Spence in Kingston, Jamaica. His brother was musician Delus of the Sojah group.

He DJ'd on the song "Good Girl Gone Bad" as a guest appearance on Tarrus Riley's Contagious album.

Konshens Is A Member Of