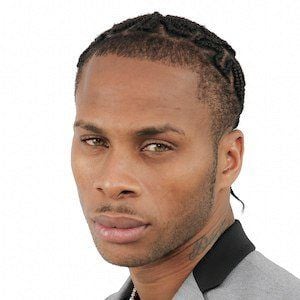 Reggae and dancehall singer who is known for his 2012 singles "May You Be" and "Save Me Jah." In 2014, he was signed to DASECA Productions.

He was poverty-stricken as a child, which he has stated has served as a motivator to create his music. He began his career around 2006.

In January 2015, the official music video for his single "7 Eleven" was released to YouTube. Since its posting, it has amassed more than 1.2 million views.

He was born and raised in Seaview Garden, Jamaica.

In January 2015, the DJ Bounty Killer named him as one of the top artists to watch for that year.

Dexta Daps Is A Member Of