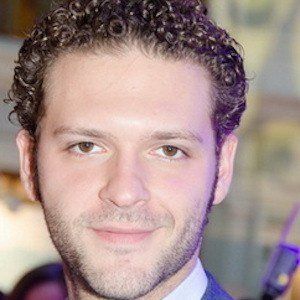 Russian actor who is famous for his roles throughout Russian TV and film. He rose to critical acclaim for his turn as Dzhokonda in the 2005 Russian war film The 9th Company.

He earned his first ever acting credit in 2005 while working on The 9th Company.

He starred on the Russian TV series Vechnyy otpusk as Andrey Sokolov. He had his first ever line of jewelry called Choice released in 2009.

He married his wife Alina in 2013. His parents Yelena and Vitaly also both worked in Russia's entertainment industry. He has one brother named Leonid.

He and Olesya Rulin are both Russian actors known for their careers in the Russian entertainment industry.

Konstantin Kryukov Is A Member Of