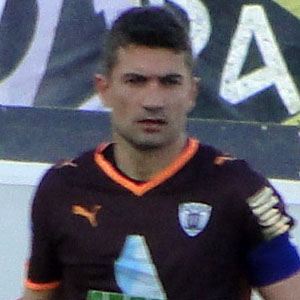 Footballer who became known for his skills as a goalkeeper, concluding his career with PAOK from 2008 until 2012.

His family was residing in Larissa when he was born.

His career with the Greece national team was beginning as Akis Zikos ' was ending.

Kostas Chalkias Is A Member Of