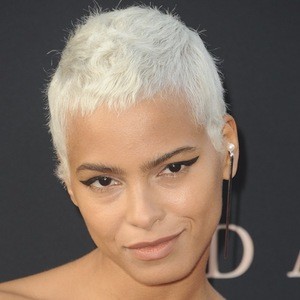 American model who has been featured in global ad campaigns for brands like Abercrombie & Fitch and been named the face of Olay’s “Fresh Effects” campaign. In 2016, she made her acting debut playing Lana in the crime film The Loner.

She was discovered by a talent scout during a trip to Virginia Beach when she was 15 years old.

Her voice was featured on the Thievery Corporation song "Free."

Her mother passed away when Kota was 17 years old.

She was featured in the music video for Miguel's "Coffee."

Kota Eberhardt Is A Member Of