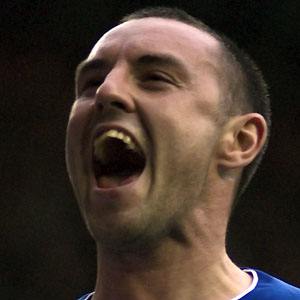 One of the all-time highest scorers in the Scottish Premier League, played for the MLS's Portland Timbers in 2012.

He entered the youth system of Kilmarnock at the age of 12.

Due to a dispute with Scottish national team manager George Burley, he left the team in 2008, and did not return until Burley's departure a year later.

He grew up in Irvine, Scotland.

He played alongside Darlington Nagbe on the Portland Timbers in 2012.

Kris Boyd Is A Member Of