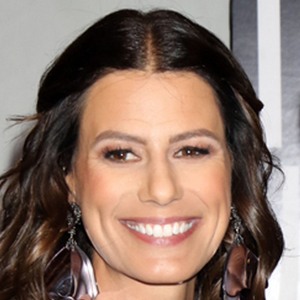 Wife of NASCAR driver Ryan Newman. She co-founded the organizations Ryan Newman Foundation in 2005 and the Rescue Ranch in 2012.

She graduated with a criminal justice degree from Shippensburg University in Pennsylvania.

She met Ryan Newman on a blind date in 2001 and got married in 2004. The couple has two daughters named Brooklyn and Ashlyn.

She attended the NASCAR Evening Series with Daniel Boulud at The Venetian Las Vegas in December 2014.

Krissie Newman Is A Member Of