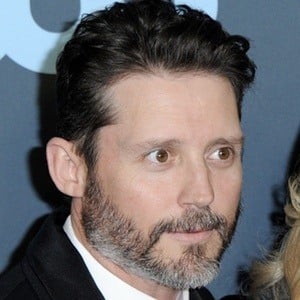 Talent manager who became the husband of inaugural American Idol winner Kelly Clarkson. They had a daughter named River Rose in 2014 and a son named Remington Alexander in 2016.

He was previously married to a woman named Melissa Ashworth with whom he had children named Savannah and Seth.

He made Kelly a replica ring of the turquoise and gold ring that had belonged to the British novelist Jane Austen that Kelly had purchased in an auction before the British government placed an export ban on it.

He has siblings named Shelby, Chassidy and Shawna. He and Kelly married in 2013.

He is the stepson of Reba McEntire through McEntire's marriage to Narvel Blackstock, Clarkson's manager.

Brandon Blackstock Is A Member Of