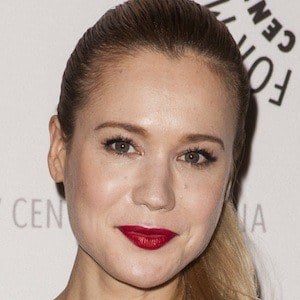 Actress known for her roles as Cathy in the movie Wanted and Jesse in Alien vs. Predator: Requiem. She also played Nora Sergeant on the show Being Human.

She made her television debut in 2005 as Skye on Beach Girls.

She grew up in the small town of Red Lake in Ontario, Canada and is of Swedish descent.

She appeared alongside Meaghan Rath in Being Human.

Kristen Hager Is A Member Of