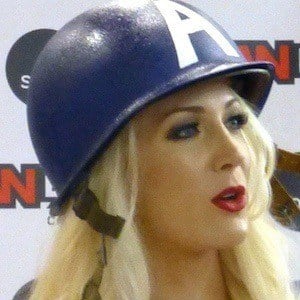 Famed cosplayer and costume designer who has earned a large following through her cosplays of popular characters like Harley Quinn, Catwoman, Jade and more. She has more than 470,000 followers on her Instagram account.

She created her first costume at age 12 when she decided to be the Chiquita Banana mascot for Halloween.

She is a gamer who streams on Twitch under an eponymous account. In addition to playing games like League of Legends, she has been known to create her costumes live on her stream.

Her mother taught her how to sew. She has been married.

She is a popular cosplayer, much like Kristen Lanae.

Kristen Hughey Is A Member Of