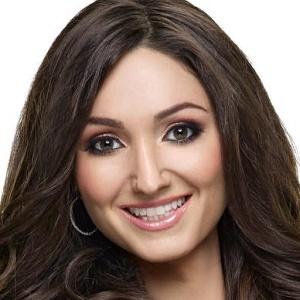 Famous for appearing on the Bravo reality series Friends to Lovers, Kristen "Kris" Ruby is also notable for her television hosting work on the FOX, ABC, and NBC networks, as well as for her role as founder and C.E.O. of the Ruby Media Group.

Before launching her television and social media careers, she studied public relations at Boston University.

She appeared in a 2011 episode of The Millionaire Matchmaker.

She spent her youth in Greenwich, Connecticut and Westchester County, New York. While appearing on Friends and Lovers, she explored a romantic relationship with her longtime friend Alex Goldman.

She and Desiree Hartsock (of ABC's The Bachelorette) both became famous for their appearances on popular reality dating shows.

Kristen Ruby Is A Member Of