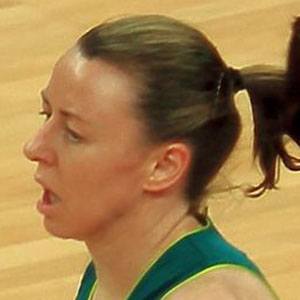 Point guard who made her professional debut in 1991, and has played in numerous leagues, including the WNBA.

She attended the Australian Institute of Sport.

From 2000-2008, while competing for Australia, she won back-to-back-to-back silver medals at the Summer Olympics.

She was born in Bendigo, Victoria, Australia.

In 2009 she played for the WNBA's Los Angeles Spark, where she was teammates with Candace Parker.

Kristi Harrower Is A Member Of