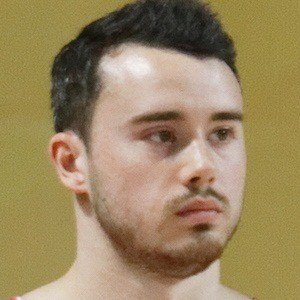 Gymnast best known for scoring the bronze medal with his team at the 2012 Olympics. It was the first podium medal for a British team since the 1912 Olympics in Stockholm.

At seventeen he won his first major medal at the Commonwealth Games in 2006.

At the 2013 World Championships, he became the first male British gymnast to win a global medal in vault.

He was born in Wolverhampton, West Midlands.

He was teammates with fellow gymnast Daniel Purvis.

Kristian Thomas Is A Member Of