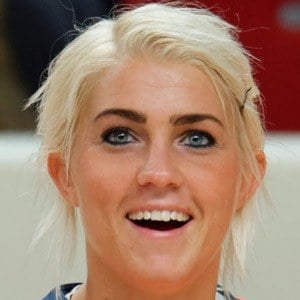 She hails from the Høje-Taastrup Municipality in Denmark. She began her youth career with Roar Roskilde in 1994.

She has dated fellow handball players Mette Gravholt and Nathalie Hagman. Her mother's name is Lene.

She and Mikkel Hansen are both famous Danish handball players.

Kristina Kristiansen Is A Member Of