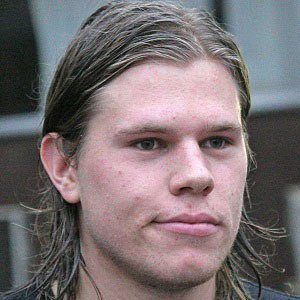 Danish handball player who received the IHF World Player of the Year award for 2011. In 2012, he led Denmark's national team to victory at the European Men's Handball Championship. In January 2021, he led the team to their second world championship title in a row at the Egypt 2021 Handball World Championships. He scored seven goals at the game.

He began playing youth handball for his hometown team IF Helsingor in 1997 and made his professional debut with Virum-Sorgenfri HK in 2000.

He led the EHF Champions League in scoring during the 2011-12 season.

His father is Flemming Hansen, who played on the Danish national handball team and competed at the 1984 Olympic Games.

He won the 2012 European Men's Handball Championship with the help of Danish handball legend Lars Christiansen.

Mikkel Hansen Is A Member Of