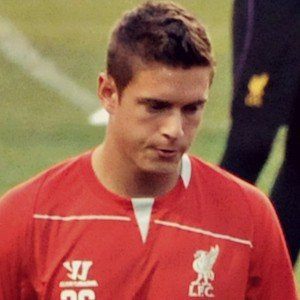 Professional soccer winger who established himself with FC Utrecht of the Eredivise, the highest level of Dutch soccer. He'd previously been under contract to Liverpool and played on loan to Tranmere.

After playing youth soccer with Sävedalens IF, he joined Liverpool in 2011. He made his senior debut during the 2013-2014 season.

He's represented Sweden at the U17 and U21 levels. He's amassed a social media following of more than 40,000 followers on Instagram.

He played alongside Jordon Ibe during his preseason appearances with Liverpool in 2014.

Kristoffer Peterson Is A Member Of