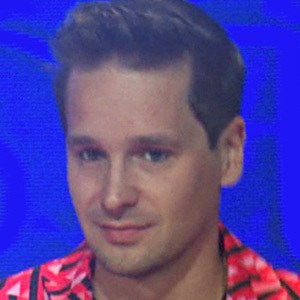 Polish pop singer who is best recognized for having won the second season of Idol Poland. He is also known for his popular singles "Kurier", "Jednego Serca", and "Status Mojego Ja".

He first gained attention as a singer after debuting on the second season of Idol Poland in 2002. After winning the competition, he went on to release his debut single in 2004 titled "What I Am" along with his debut album Pistolet.

He received a gold record for his album Zalewski śpiewa Niemena.

He was born and raised in Poland and shared a photo with his sisters to Instagram in March of 2019.

Krzysztof Zalewski Is A Member Of