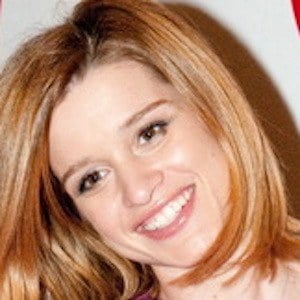 Russian television presenter and actress who is best known for starring as a presenter on the reality series Dom 2. She is also known for her work as an actress and appeared as Vika in the 2009 film Zaza.

She began her career in television in 2004 when she was selected to host Dom 2. She then went on to make her acting debut as the character Vika in the 2009 film Zaza.

She is also known for her online blog and social media presence where she shares traveling photos, lifestyle shots, and a range of other modeling content through Instagram for her over 17 million followers.

She starred alongside fellow model and actress Svetlana Ivanova in the 2014 comedy film S 8 Marta Muzhchiny.

Ksenia Borodina Is A Member Of