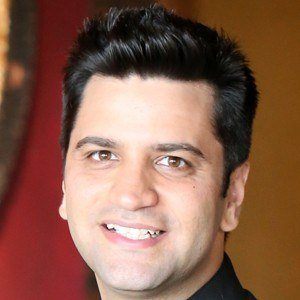 Indian chef best known as the host of MasterChef India, he continued gaining fame by authoring a cookbook called A Chef in Every Home as well as making guest appearances for many cooking shows all over the world. His popularity has led him to amass over 2.1 million followers on Twitter.

He began hosting MasterChef India in 2010.

As the host of Junior MasterChef India he received the Best Anchor Award in the Indian Television Academy Awards in 2014.

He married Ekta Kapoor and together they have a son.

He had a guest judge appearance on MasterChef hosted by Gordon Ramsay.

Kunal Kapur Is A Member Of