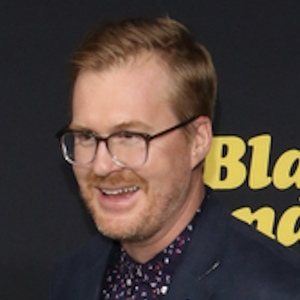 Standup comic best known as host of The K Ohle with Kurt Braunohler podcast on the Nerdist network. He also created the web series Penelope Princess of Pets. He has appeared on Comedy Central, The American Life and Radiolab. He has been a featured guest on late night spots with the likes of Jimmy Fallon, Conan and Seth Meyers.

His first big break was in the comedy series Kurtbot in the early 2000s.

He was named one of Variety's Top 10 Comics to Watch in 2012 as well as Time Out NY's 50 Funniest New Yorkers.

He frequently collaborates with Kristen Schaal, whom he also co-created the web series Penelope Princess of Pets with.

Kurt Braunohler Is A Member Of