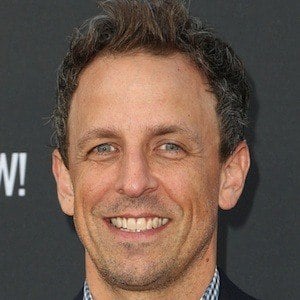 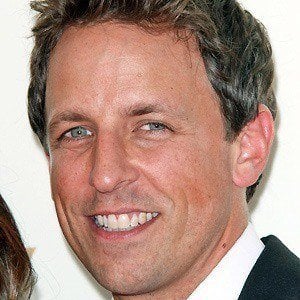 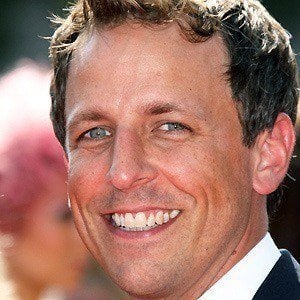 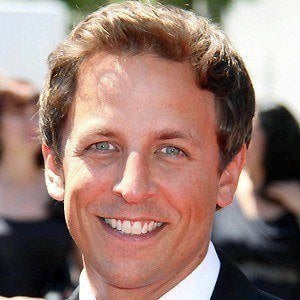 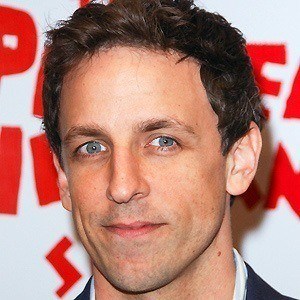 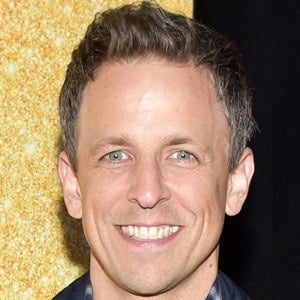 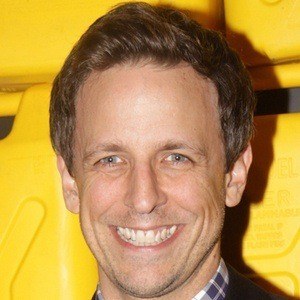 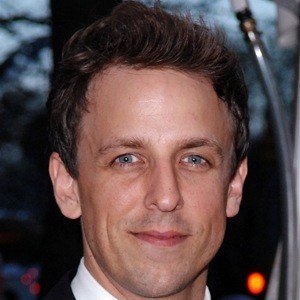 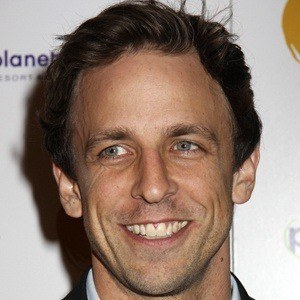 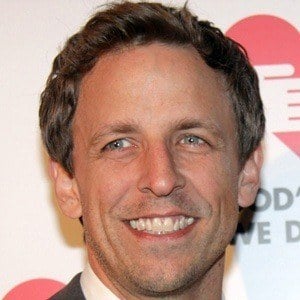 Comedian who was the host of Weekend Update on Saturday Night Live, where he served as the show's head writer from 2006 to 2014. In 2014, he began hosting his own late night program on NBC.

While attending Northwestern University, he was member of the improv sketch group Mee-Ow. He later worked overseas as a cast member of Boom Chicago, an English language improv troupe based in Amsterdam.

Tina Fey credits him for her famous Sarah Palin impersonation during the 2008 Presidential election, as he wrote most of the political sketches that cast her as the Alaskan Governor.

His parents, Hilary and Laurence, raised him and his brother Josh, who was a cast member on That '70s Show and Mad TV, in Evanston, Illinois. He married Alexi Ashe in 2013 and he has two sons, Ashe and Axel.

During the 2006 season of Saturday Night Live, he joined Amy Poehler at the Weekend Update desk.

Seth Meyers Is A Member Of