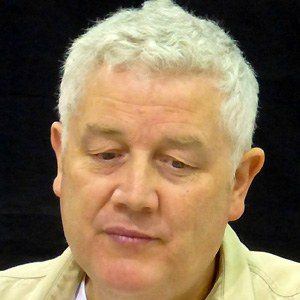 Comic book author and artist who drew the Fantastic Four: The End, a six-issue limited series for Marvel Comics. His other works for Marvel include the graphic novel, Wolverine: Bloodlust, and several volumes of Avengers and Captain America.

His debut work was the comic strip, The Crusader, which appeared in Marvel UK's Frantic Magazine. His big break occurred when, for The Mighty World of Marvel, he drew the adventures of Captain Britain.

He was hired by DC Comics in 1985 to draw a cover for Batman and the Outsiders.

His parents raised him in England, where he was a fan of Comics. He later worked for several high-profile United States comic book publishers. He married Katie Maskell in 2007 and he has a son named Robert and a daughter named Susie.

He has worked with Alan Moore.

Alan Davis Is A Member Of