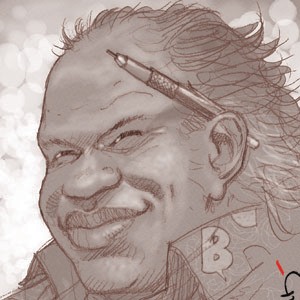 He worked at the French Cultural Centre's graphics studio in Kisangani. It was here that he produced his first comic book, Le Temps d'agir.

His family hailed from Kisangani in the Democratic Republic of the Congo.

He and fellow author Clementine Nzuji were both born in Africa.

Barly Baruti Is A Member Of