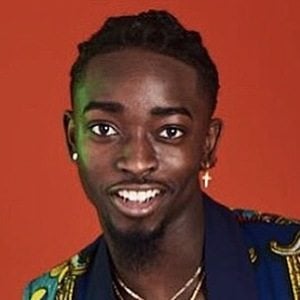 Cast member of the seventh season of MTV's Are You the One? who is also known as Kwasi Beast. He has also worked as an event host and model.

He studied biology and public health at Montclair State University.

He has gained more than 70,000 followers for his urge2pose Instagram account. He is part of a collaboration group called Ensah Boyz. He did commercials for Budweiser, Alomo USA, and Nike.

He is the son of Ghanaian immigrant parents.

He starred in the same season of Are You The One? as Morgan Fletcher.

Kwasi Opoku Is A Member Of

Are You the One?
28 Year Olds
Reality Stars
Aries