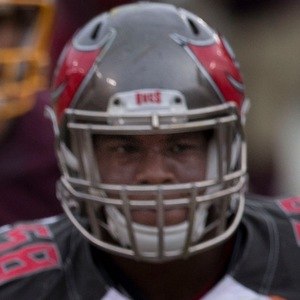 Linebacker who joined the Tampa Bay Buccaneers in 2015. He took part in the Pro Bowl in 2017. He has over 290,000 followers on his kwon Instagram account.

He played at Louisiana State University during his college football career.

Matt Miller of NFLDraftScout.com ranked him the seventh-best linebacker in the NFL.

His brother Broderick Taylor Jr. was killed in 2015. He has a son.

He and Jeremiah George both played linebacker for the Tampa Bay Buccaneers.

Kwon Alexander Is A Member Of