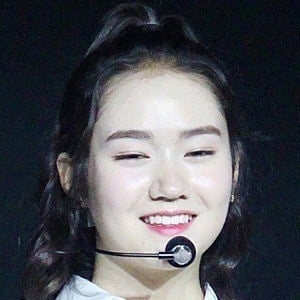 Korean-American singer and rapper who rocketed to fame in 2017 joining the South Korean K-pop group Pristin.

After signing with Pledis Entertainment, Pristin formed in 2016 and debuted with the EP Hi! Pristin in March 2017.

She appeared with the rest of Pristin in the Orange Caramel music video for "My Copycat."

Originally from Indiana, she later moved to California. Her mother is Korean and her father is American. She has one older brother and a younger sister.

Other members of Pristin include former I.O.I stars Zhou Jieqiong and Lim Na-young.

Kyla Massie Is A Member Of