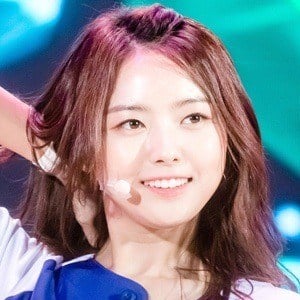 First known as a member of the South Korean girl group I.O.I. The group, which disbanded in January of 2017, released two EPs and two single albums before they dissolved. She went on to join the Pledis Entertainment group Pristin.

She trained for five years at JYP Entertainment before joining Pledis Entertainment. She would later become a member of I.O.I on the reality series Produce 101.

Outside of her work with I.O.I and Pristin, she appeared in the music video for Ailee's single "If You."

Other former members of I.O.I include Choi Yoojung, Kim Sohye, and Jeon So-mi.

Lim Na-young Is A Member Of