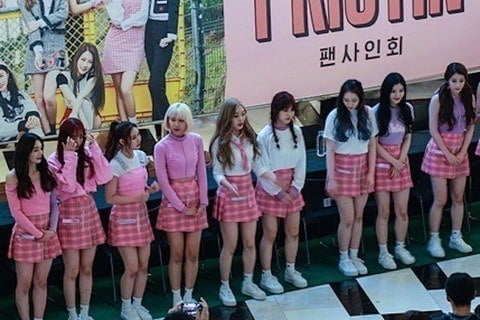 Ten member group formed by Pledis Entertainment. They debuted with Hi! Pristin EP in 2017. It peaked at number four in the Korean charts.

They are known as one of the few K-Pop bands that writes and produces their own music. The group terminated their contract with Pledis and disbanded in May of 2019.