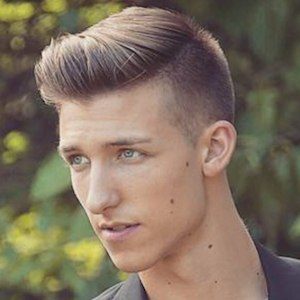 One of two members of the comedy channel HiddenReaction which features relatable short films and skits, pranks and parodies. The channel has earned more than 420,000 subscribers.

He has worked as a professional videographer for weddings, commercials and music videos. He can play the piano, and has recorded music with friends, including an EP called Give It To Me.

His current girlfriend's name is Allie. They met on the dating app Tinder in December 2017. He has an older brother.

His partner on HiddenReaction is Zade Abdullah.

Kyle Nutt Is A Member Of