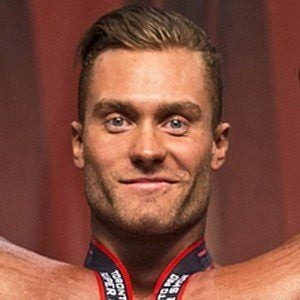 Canadian bodybuilder who earned his IFBB Pro card after winning the 2016 IFBB North American Bodybuilding Championship. He is extremely popular on Instagram with over 6 million followers on his cbum account. He gained more recognition in 2022 for sharing his 5,000 plus calorie bulking diet.

He earned a degree from Dalhousie University.

He gives fans a glimpse into his workout routine on his self-titled YouTube channel.

He has a sister named Melissa. He dated fitness model Sabrina Twyman. He's been in a relationship with Courtney Alexis King.

Chris Bumstead Is A Member Of