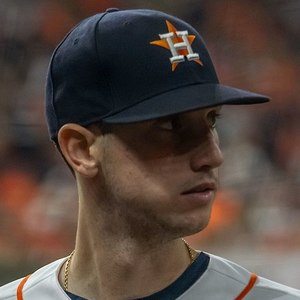 Outfielder who was selected 5th overall in the 2015 MLB Draft by the Houston Astros. He officially signed with the club on June 15, 2015.

He was named Gatorade Player of the Year for the state of Florida in 2015. He committed to play at the University of Florida before being selected in the top 5 of the 2015 MLB Draft.

He has played for the Appalachian League's Greeneville Astros. He ended the 2015 season as the #60 overall prospect in Major League Baseball.

His older brother Preston is also a professional baseball player.

He joined Dansby Swanson, who was selected 1st overall, in being chosen in the top 5 in the 2015 MLB Draft.

Kyle Tucker Is A Member Of