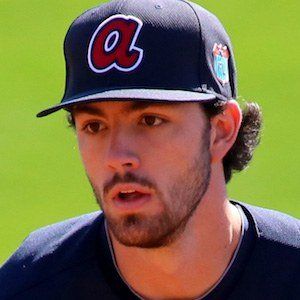 Shortstop who was selected first overall in the 2015 MLB Draft by the Arizona Diamondbacks. He was later traded to the Atlanta Braves during the 2015-16 off season.

After his stellar career at Marietta High School, he was selected in the 38th round of the 2012 MLB Draft by the Colorado Rockies, but instead chose to attend Vanderbilt University.

He was named 2014 College World Series MVP after leading Vanderbilt to victory over Virginia.

He was born in Marietta, Georgia, to parents Cooter and Nancy. He has been in a relationship with soccer player Mallory Pugh.

He and fellow shortstop Carlos Correa were both first overall picks in the MLB Draft. Correa was selected first overall by the Houston Astros in 2012.

Dansby Swanson Is A Member Of