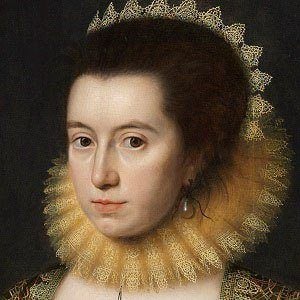 English Baroness who was the only surviving child of George Clifford, 3rd Earl of Cumberland and Lady Margaret Russell. She was responsible for the restoration of churches and the expansion of Clifford family castles across England.

She obtained the title of suo jure Baroness Clifford following the death of her father in October 1605. She received an exceptional education from her tutor, renowned poet Samuel Daniel.

Her diary, which she kept from 1603 to 1616, as well as the many letters she wrote, have made her a literary person of note to many modern scholars.

She was married to Richard Sackville, 3rd Earl of Dorset from 1609 until his death in 1624 and had five children by him. In 1630, she married Philip Herbert, Earl of Pembroke and Montgomery.

As a child, she was described as a favorite of Elizabeth I of England.

Lady Anne Clifford Is A Member Of