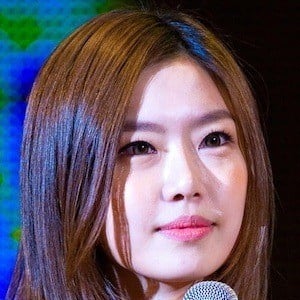 South Korean singer and radio personality known as the vocalist of the electronic band Aquibird and the indie group Tiramisu. She is also a solo artist and has hosted the KBS Cool FM radio show Lady Jane at 2PM.

In November of 2011, she released the solo mini-album called Jane Another Jane.

She and Choi Sooyoung are both well known South Korean singers and media personalities.

Lady Jane Is A Member Of