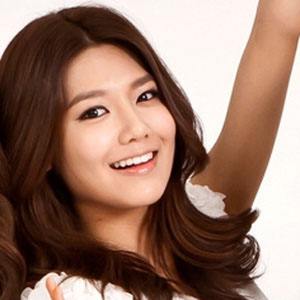 South Korean singer who was a part of the K-pop girl group Girls' Generation and has worked as a presenter and rapper as well.

She was discovered at age twelve after winning the 2002 Korea-Japan Ultra Idol Duo Audition.

She has also worked as model, a television VJ, and radio DJ.

She has one older sister, singer and actress Choi Soo Jin. She began dating actor Jung Kyung-ho in 2013.

In Girls' Generation, she is joined by Taeyeon, Yoona, Tiffany, Yuri, Sunny, Seohyun, Hyoyeon and Jessica.

Choi Sooyoung Is A Member Of