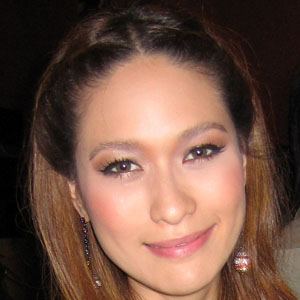 Thai screen actress best known for her role in a 2007 gay-themed drama called The Love of Siam. She also appeared in the 2003 film Last Life in the Universe and starred in such Thai television series as Ruk Khun Tao Fah and Pim Mala.

She starred in her first film, Goodbye Summer, at the age of fourteen.

She won a 2007 Thailand National Film Association Award for her supporting role in The Love of Siam.

Her sister, Sinitta Boonyasak, also had a career as a screen actress.

She and Mario Maurer co-starred in several films, including Buppha Reborn and The Love of Siam.

Laila Boonyasak Is A Member Of