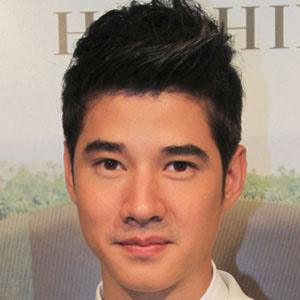 Became known as a star of Thai cinema, playing the lead role in the groundbreaking film The Love of Siam. His starring role in Pee Mak, Thailand's highest grossing film, elevated him to legendary status in Thailand.

He was approached by a scout at a shopping center in Bangkok and was offered the opportunity to model and act.

In addition to movies, he started with his brother in a hip-hop group called PsyCho & Lil Mario.

His father loved Italian motorcycles, which is how Mario came to have his Italian name. He was in a nine-year relationship with actress Gubgib Sumontip.

He starred alongside Davika Hoorne in Pee Mak.

Mario Maurer Is A Member Of