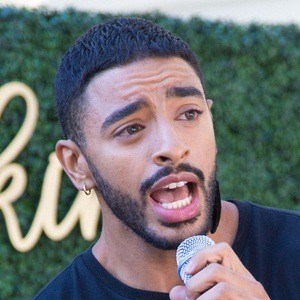 Became one of the first transgendered male models to land national campaigns after appearing in a Barney's New York campaign Brother, Sisters, Sons & Daughters in 2014 a month after his medical transition surgery.

He got a psychology degree from Fairfield University and worked at a medical facility for the LGBT community.

He shot to fame on Instagram with over 280,000 followers and counting after fellow trans activist Laverne Cox's reposted one of his photos.

He was born as a woman in Harlem, New York. He came out as gay to his parents when he was 17 years old. He started his medical transition six years later and underwent surgery in 2014.

He became friends with comedian Whoopi Goldberg on Instagram.

Laith De La Cruz Is A Member Of