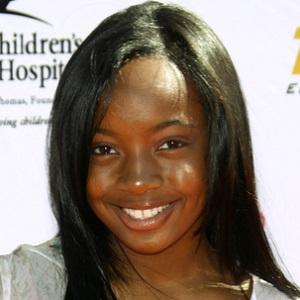 Most famous for her portrayal of Keisha Ray in the Disney Channel's Jump In!, Greene is also known for her series regular role as Courtney on the UPN sitcom All of Us.

Early in her acting career, she appeared in episodes of That's So Raven and Without a Trace.

She played the role of Braces in a 2007 episode of Heroes.

A native of Springfield, Massachusetts, she later lived and worked in Los Angeles, California. After ending her childhood acting career, she entered the United States Military Academy in West Point, New York.

She and Elise Neal were both in the cast of All of Us.

Laivan Greene Is A Member Of

Jump In!
All of Us
28 Year Olds
TV Actresses