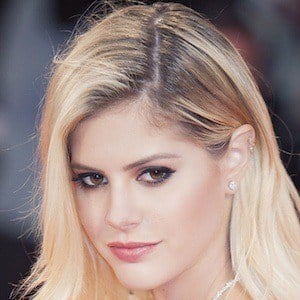 Brazilian model, blogger and entrepreneur who founded La Rouge Belle Lingerie. She has modeled for designers such as Chanel, Zara, and adoro FARM.

She studied at Fundacao Armando Alvares Penteado in Sao Paulo.

She has a massive social media presence with over 1.6 million Instagram followers.

Her sister Maria Rudge also blogs with her at La La Rudge.

She and Chiara Ferragni are both fashion designers who became known after founding their own blogs.

Lala Rudge Is A Member Of