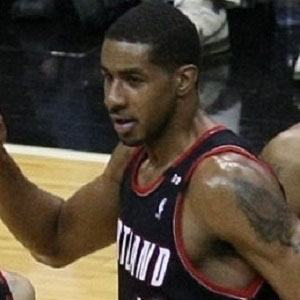 NBA power forward who played in four straight All-Star games with the Portland Trail Blazers from 2012 to 2015. He spent his first nine NBA seasons in Portland, then signed with the San Antonio Spurs in 2015.

He decided to go to college at the University of Texas instead of making himself available for the NBA draft straight out of high school after a conversation with Shaquille O'Neal.

In 2013, he was named the Portland Trail Blazers team captain and he responded by leading the team to one of the best records in the Western Conference during the 2013-14 season.

He had a son named Jaylen Lea Aldridge in April, 2009 and another one named LaMarcus Jr. in 2011.

He was teammates with guard/forward Brandon Roy on the Trail Blazers.

LaMarcus Aldridge Is A Member Of