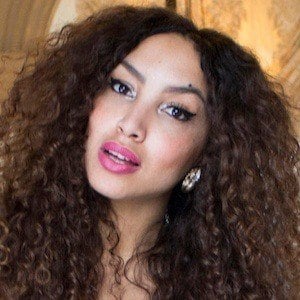 Blogger who focuses on a combination of travel, fashion, beauty, and lifestyle topics on her popular blog From Hats to Heels. She has been given the opportunity to work with brands such as ASOS, Missguided, Zalando, Ted Baker, and Ermanno Scervino among others.

She graduated with a degree in psychology in 2011, followed by Allroundstyling in 2014. She first began posting written content to her blog in May of 2011. In July of 2013, she expanded to posting video content as well.

She was featured in a Fashion TV program in The Netherlands by FashionChick. She has also visited international fashion weeks from Paris, Milan, London and New York.

As a blogger who travels and is from Amsterdam, she can be seen in relation to other bloggers in the area including Andy Torres.

Larissa Bruin Is A Member Of