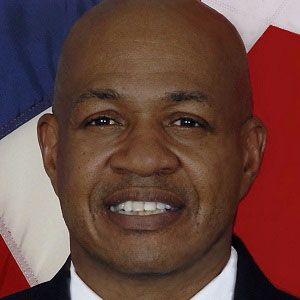 After earning a bachelor's degree in business administration at Texas A&M University, he received master's degrees from the Industrial College of the Armed Forces and the Florida Institute of Technology.

In 1982, he became a Second Lieutenant in the United States Army; by August of 2011, he had achieved the rank of Major General. He earned multiple Distinguished Service Medals and Legions of Merit.

He grew up in Emporia, Virginia, and attended Greensville County High School.

He and Tommy Franks both participated in the Global War on Terrorism.

Larry Wyche Is A Member Of