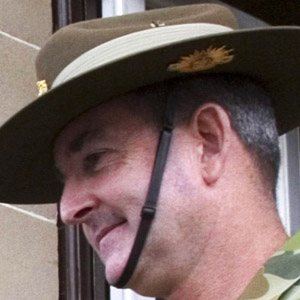 Australian military officer who served in Iraq and Afghanistan and became the Chief of Joint Operations.

He graduated from the Royal Military College, Duntroon and was appointed to the Royal Australian Artillery.

He married his wife, Narelle, in 1978, and they had two daughters.

Ash Power Is A Member Of