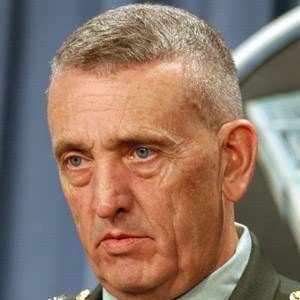 He dropped out of school to join the U.S. Army.

He commanded the American forces in Afghanistan, but he was criticized for lacking strategic vision.

He had one child with his wife, Cathryn.

He and Bill Clinton both wrote memoirs that attained the coveted #1 spot on the New York Times Bestseller list.

Tommy Franks Is A Member Of