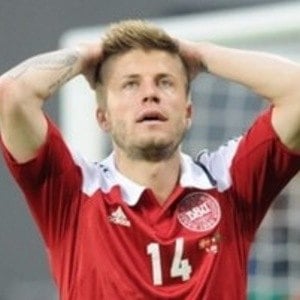 Danish professional football player who is known for his work with the Dutch club Ajax as well as for the Denmark national team. He is most recognized for playing as a winger and for helping the Ajax club win the Eusebio Cup in 2014.

He was born and raised in Glostrup, Denmark.

Lasse Schone Is A Member Of