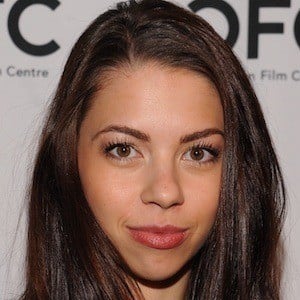 Film and television star most well known for her roles in Aliens in America and the made-for-TV movie Another Cinderella Story. She has also appeared in episodes of Perception and Murdoch Mysteries.

One of her earliest acting credits was in 2007 in the TV movie Devil's Diary.

In 2010, she starred as Toni in the Britt Robertson drama Triple Dog.

She starred opposite Hilary Duff and Steve Coogan in the 2009 Canadian comedy What Goes Up.

Laura Carswell Is A Member Of